Hiya Novas! We’re about 5 days in to the WWE 30 day Blogging challenge and submitting all of the posts about video games and preferences from last month’s challenge, has gotten me thinking about my evolution as a gamer. I’m an open book so I would like to share with you my love of gaming, where it started and how I have noticed myself change. This is going to be a more lengthy post than normal, but it’s my way of sharing myself and my gaming background with you!

The Beginning: Growing up it was MYSELF, my brother KENNY and MY COUSINS PLAYING…

This was back when kids played outside but still had consoles in their room. My brother and I shared NES, SNES, Sega Genesis, N64 and a Gamecube growing up. Our house was considered the gaming party zone way before Lan Parties became a thing. Grandma would make snacks for the neighborhood and we would test our skills playing iconic games such as Street Fighter and Mighty Morphin Power Rangers!

Since many earlier consoles allowed for only 2 players to game at a time, we would make rules so that the person who won or received the highest score would stay playing, while the loser switched out to the next gamer. Our roulette table or gaming was the highlight of the weekends and Summer!

Nintendo Heavy: The core consoles we bought (or wanted for that matter) were…

Nintendo based. I remember having the old school brick Gameboy and taking it everywhere! Even though I only played  Tetris, that handheld was the best thing ever. Do you remember being in the doctor’s office and trying to beat a level in pong? I do and it made waiting for my shot or teeth cleaning less scary. Mario was a huge part of my childhood and even now as an adult I can say that the Mario franchise

(in my opinion) is the best and most influential one in the gaming industry. I now associate mushrooms with extra lives, stars as invincibility icons and flowers as a way to get fire!  You can see the characters in Mario evolve from basic types to having full fledged personalities and lives of their own.

Take for instance Peach and Daisy. At first Peach was only a character to rescue from Donkey Kong or King Koopa (Bowser). She quickly became a heroine with her own money, kingdom and look at life.

Yes, we still associate Peach as the love interest of Mario, but at least now she isn’t as helpless. Both Peach and Daisy now have larger roles in the Mario franchise making them somewhat equal to Mario and Luigi.

A Hiatus: After Gamecube, VIDEO GAMES for me LEFT MY LIFE…

I still had consoles and my brother stayed with the gaming hobby, but I was more focus on this crazy thing called High school. Maybe I was going through a phase, but gaming was no longer a priority. I wanted to hang out with friends (away from games) go to the mall, catch a movie and attend any event (even if I wasn’t interested in it) at school. High School was a great time for me but something seemed to lack on my part. Something was missing.

At school my friends in the engineering club, were playing PC games like Unreal Tournament, Doom and Quake Online. After much persuasion, I joined them for a few matches and the addiction started to rear it’s early head.  I could start to taste the competitive rage, the satisfaction of killing players online, the urge to try and top the leader-boards; it was starting over again. I was obsessed with the zero gravity gameplay, being able to jump over my enemies and shoot them from above was gratifying. Unreal Tournament, now that I think about it, is probably why I gravitated towards the Halo games. It gave me the same feeling when playing online.

Slowly I started easing back into video games when my brother would have Lan Parties every Friday nights. Kenny had his High School buddies (3 years older than me) come over, order pizza and play on his Xbox all night. I started to miss my games, so one Friday night I did something no teenage brother would want his sister to do; I brought my own friends over to join in! After some whining to my grandmother (yes, I was that kind of sister back then lol) Kenny had no choice but to let me and my 3 best friends play! Not only were we hanging out with Seniors, but we were good! In the Dead or Alive 5 tournament, my tag partner Nicole and I beat all of the boys using Kasumi and Lei Fang! They were mortified, but they welcomed us back for more Lan Parties (mostly to retake the crown) and I was reunited with love again.

Xbox my Savior?: So we have reviewed that I CAME BACK TO GAMING through my brother’s original XBOX…

When the Xbox 360 was released, my brother immediately bought it. At this time, my brother started dwindling down on the number of hours that he was playing games. Since he had the new system, he gave me his original Xbox and a few games to start my collection (Fable was one of those games). I thought that it was fun to have a system to play in my spare time. This obsession grew and eventually, I was able to log more hours gaming then my brother. Slowly, I started playing different games and my brother introduced me to the lovely world of Xbox Live! 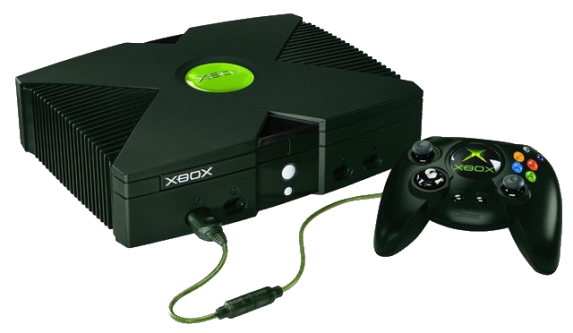 So now I’m playing Call of Duty and Gears of War on my brothers 360 online. When he was at work or out, I would ask to play and get online. In Gears of War I started playing with my boyfriend at the time and his friends, making a name for myself as a girl that can actually shoot (barbaric, I know). Then something amazing happened. I started playing alone without my brother’s friends or my boyfriends… I started making my own friends online. This started my crazy social life on Xbox Live. I’ve met so many amazing gamers over the years and many of them in real life as well. It was the best time ever playing games like Phantasy Star Universe (PSU), the newest COD Titles, Need For Speed, Fable, Halo and the list goes on. We had set times each night to play and I created my own account and ventured into the world of online gaming.

The Student Has Become The Master: I’m destined to SURPASS KENNY in VIDEO GAMES…

At this point I had convinced my grandma to buy me a 360 (well really I convinced Kenny to ask for the newest 360 at time, Xbox Elite). So I was able to get the hand me down (great white) 360 for myself. I WAS ECSTATIC!!!! I bought covers for the controller a skin for the Xbox, I bought a game rack to display my titles and a new microphone (Turtle Beaches). I was ready to be gaming all day and all night without having to ask for permission to play.

I had my normal posse that I rolled with and we always started the night with public Gears of War games that WE hosted! I remember having crazy set rules and switching weapons on the map. We had a rule called “Initiation” where friendly fire was on and each new person to join the game got killed by their team in spawn. If you let it go and continued playing, you were Epic; if not, well it was fun for us lol.

PlayStation 4: The day I finally grabbed MY FIRST PLAYSTATION…

was when PlayStation 4 was forced onto me by my friends. All of those 360 friends migrated over (due to Xbox One’s launch being sub-par at best) and beseech me to join the cult of a PlayStation player. My resilience wore down and I caved in, but my disgust for the vile system did not go unannounced. Each day I protested and spoke of my loyalty to the Xbox One still and everyday my friends laughed and said “But you’re on PS4 though.” I conceded, a small loss for the battle of the consoles and then… Xbox did better (well a litlle better).  (Wait am I supposed to be praising PS4 here? :p ). In reality I am happy and grateful that I finally went against my morals and bought a PlayStation. Now I have both systems and 0 limitations on the games that I can play.

I’ve started delving into mobile and indie games, I’ve tackled the large consoles and I’ve even given PC gaming the time of day. Now I play board games, card games, RPG’s , Shooters, Strategy, Family Games, Sandbox games and anything that catches my eye. I can truly say that I am constantly evolving as  gamer and finding new things that intrigue me each day. I never watched YouTube or Streams, but now I watch COD tournaments and Minecraft videos all of the time (not to mention UpUp DownDown for Xavier Woods at WWE). I’ve given genres and titles chances that I wouldn’t have at the beginning stages of life. I was focused on shooters only! Other games were fun but could never hold my interest. I still prefer shooters and I never play their campaigns, but I am more of a well round gamer and I love every moment!

How have you started gaming? Do you notice any changes in your gaming habits now as compared to earlier days? What are you favorite consoles and genre’s to play? Let’s talk gaming habits and gaming life!