Happy Tuesday Novas! After a long hiatus with the TKO battle series, I’m brining it back for Tuesdays! The inaugural Tuesday match will begin with Poison Ivy Vs Swamp thing! For anyone new to this series, in TKO battle matches I pair 2 characters (most of the time from different realms or universes) and create a fan fiction battle how I would imagine it. If you like this series, feel free to request characters that you want to see battle it out!

Swamp Thing is tired of the DC Universe! He’s heard about the Dark Knight trying to “Clean” up Gotham.

While his intentions are noble, now he has to worry about a certain “Penguin” and Ice Man murking up his swamp waters. The new “tenants” arrived about a month ago with their schemes and even dared to freeze some of the foliage in their area to create a decadent ice facility. “I will not let anymore of this eco system die off.” swamp thing broods. “Something has to be done and the Dark Knight must be held responsible.”

“Ya know, Gotham’s been a little quiet lately, huh?” Harley says. She walks around the house running her finger tips across the counter. 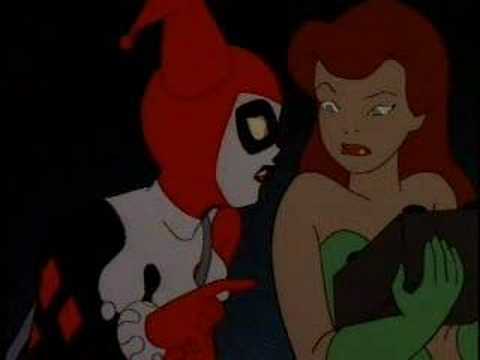 “Yea… a little too quiet if you ask me.” Ivy responds. She walks through the darkness as if she was modeling for Home & Garden. “Where is Batman anyway?” Ivy asks. Harley screams “Doll, Look!” Ivy runs over to the TV. The Breaking News… Batman has been abducted by a strange green monster. “Well we’ve lucked out.” Harley says laying across the sofa chair with her head over the arm rest. Ivy’s gaze is hardened at the screen. “Guess we don’t have to worry about the Bat anymore. He’s gone and got himself kidnapped.” Harley continues. The room is eerily quiet. “Doll?” Harley asks. She falls onto the floor and looks around. “Doll? Ivy? … Now where did she go?” A trail of flower petals leads out the mansion.

“You have destroyed my home and now I will destroy you!” Swamp Thing says to an unconscious Batman. As he goes to turn on the poisonous gas, a poisoned rose needle pins his hand to the wall. “Tisk, Tisk babe… don’t you know not to touch what doesn’t belong to you?” Ivy says as she walks into the room. Her long, flowing red locks cascade down her back. “Ivy…” Swamp Thing acknowledges. “What are you doing here?” he says. “You have something of mines and I’ve come to collect it.” Ivy’s gaze catches the Bat’s limp body. “I trust, he isn’t dead.” she snarks. Ivy uses the vines in Swamp Thing’s home to start unlocking the container Batman is held in. “He has upset the balance of my swamp! Banishing these villains here to destroy our eco system. You of all people should understand why I have to do what I have to do.” Swamp Thing says. Ivy smirks and nods her head. “Oh I understand and if it was anyone else I’d leave you be…. but as I said you have something that belongs to me and I’ve come to collect him.” Ivy snaps her fingers and the vines wrap up Swamp Thing. “This’ll only take a sec.” she says winking and walking past him. “You can’t have him!”

Swamp thing enrages and breaks through the constricted vines. He launches a devastating punch at Ivy sending her flying across the room.

Ivy rubs her head. “Ouch, is this the fight you really want?” she says brushing herself off. “Ye…” before Swamp Thing can finish his sentence another vine is smacking him in the face. Swamp Thing turns on the poisonous gas. “Ummm 2 things… I’m immune and you’re crazy.” Ivy laughs. Swamp Thing smiles at the plant Goddess. “The Gas isn’t for you.” Ivy’s eyes are ghost as she realizes Thing’s intention. She jumps to grab Batman but is quickly tossed to the side of the room by Swamp Thing. “Stop!” she screams. “hahahaha” a hoggish voice laughs through the green gas filling up the room. “What is this?” Ivy asks, staring at Swamp Thing. She can tell by the befuddled look that it wasn’t his call. “Allow me to introduce myself… I’m Hoggish Greedly and I have a proposition for you.”

The silhouette of a giant pig emerges with The Penguin and Mr. Freeze behind him.

“What’s going on?” Thing says. “Don’t you get it?” Ivy responds rising to her feet with tears in her eyes. “This was a set up from the beginning.” she says. Swamp Thing nods. “Since you 2 have embraced your dark side, some of us for a second tie huh Ivy? I think that we should become partners.” Greedly continues. “I refuse.” Swamp Thing says and turns off the gas. “Me as well.” Ivy chimes in. “Oh well it wasn’t a request!” Greedly continues and signals to Mr. Freeze. “No!” Ivy screams and uses her vines to push Swamp Thing out of the way of Mr. Freezes’ Ice Beam. She succeeds but is soon frozen herself. The lack on sunlight has weakened her. “Let her go.” Swamp Thing yells throwing toxic punches at his enemies. To no avail he is frozen after the brawl. The startled face of Poison Ivy and the defeated look of Swamp Thing is loaded unto a flatbed and carried out of the room. “I have big plans for you 2, big plans.” Greedly says. As they leave the room an unconscious Batman balls up his fist.

What did you think of this week’s TKO Battle? Did you expect that outcome? Who would win in your battle? What characters should I do next? Let’s talk TKO!