Happy Tuesday Novas! This week’s Throwback Tuesday post will be in regards to one of my favorite fighting games of all time; Dead or Alive 5! Growing up in the 90s I’ve played Street Fighter, Mortal Kombat and even games like Super Smash Bros or Tekken, however, Dead or Alive 5 is quite possibly my favorite fighter game so let’s talk about it!

Dead or Alive is the 5th installment in the Dead or Alive franchise which released in 2012. I haven’t actually played any of it’s predecessors, but when my brother purchased his 360… this was one of the games he brought home with him. The game was released on the Xbox 360 along with the PS3 and has been a favorite of mine ever since. I remember my brother’s LAN parties every Friday night out our house. We would have friends and family come over to play all sorts of video games and system. Some nights wee had tournaments and the Dead or Alive Tournament was the best. We would play in teams and me and my best friend at the time played against all of the boys. I always picked Kasumi and she picked Lei Fang, we were unstoppable being crowned the winner a few times lol.

Something that I really liked about the game was the story mode and it’s progression. You are able to follow the journey of each character in the game rather they are the protagonists, antagonists or a character inserted for comic relief (enter in Gen Fu lol). I’ve only played a few story-lines that being Kasumi, Ayane and Hitomi but it was still a great experience. 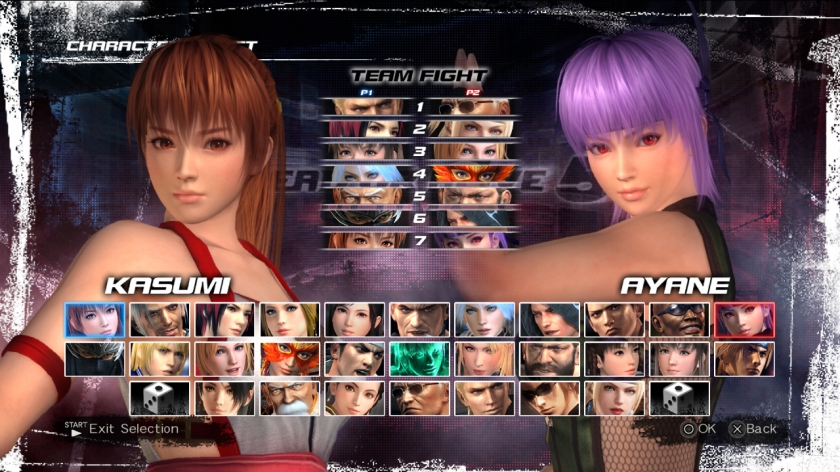 The characters in the game were awesome! Yes, I’ve only really played with maybe 3 or 4 characters, but I still love playing against the others with their moves. Many different styles were represented from boxing, to ninjitsu to wrestling so the diversity in the game and fighting styles was fun. Kasumi is my all time favorite. She is quick and powerful and her moves are so fluid (very prettyyyy lol). In a tag team battle I would pair her with the even more hard hitting Hitomi who practices in Karate. The combination of quick strikes mixed with strong powerful hits is a great way to excel at the game (many battles were won with this duo lol). I have also used  Ayane  an assassin, Hayabusa another ninja, Lei Fang, and Gen Fu.

Check Out The Trailer below!