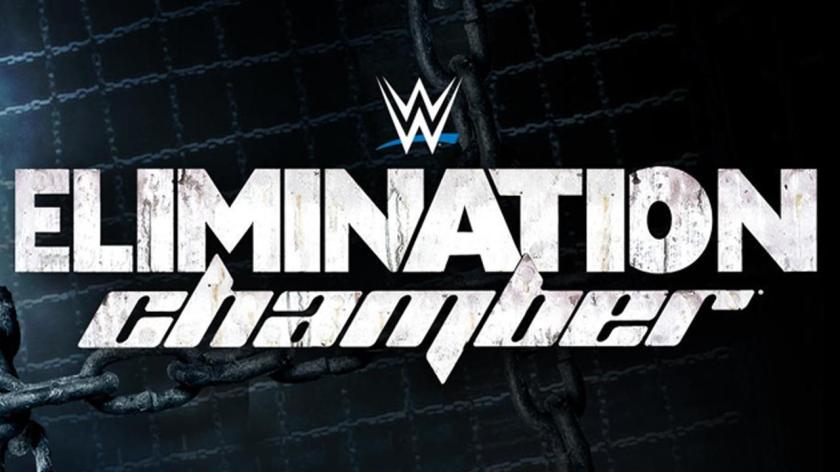 Happy Saturday Gamers, Geeks and Friends! The Road to Wrestlemania has officially begun with the culmination of the Royal Rumble last month. Now as we look ahead to April, a few questions have gone unanswered and the the Elimination Chamber will start to paint the picture. Let’s talk about which matches will be featured in the Smackdown Live exclusive event, as well as what outcomes could change the face of Wrestlemania. Of course I have to through in my predictions as well! Let’s take a look at the matchups and my personal predictions! 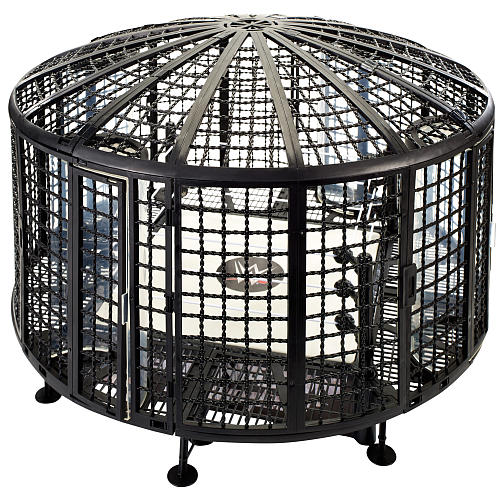 Chamber is a steel structure (similar to a steel cage) that has several different pods installed on the inside. If you have an Elimination Chamber match 2 Superstars start in the middle of the ring while the other Superstars are locked in one of the pods. At different intervals, pods are unlocked and additional Superstars join in the fight. The last Superstar standing (who hasn’t been eliminated) wins! Now on to the matches and my predictions.

Nikki Bella Vs Natalya – There has been a budding rivalry with Nattie and Nikki Bella since the beginning of the year (actually since Nikki was attacked by an unknown Superstar before the Women’s 5 on 5 Survivor Series Match. Guess who took her place?). It’s a weird dynamic where Nattie would attack Nikki Bella or Nikki would attack Natalya throughout the show. They have also had cringing promos where Nattie gets very personal about Nikki and John Cena (They’re dating). This match should be really good but I’m rooting for Nikki Bella and she’s my pick for the victor!

Becky Lynch Vs Mickie James- Becky Lynch was the 1st Smackdown Live Women’s Champion and Mickie James has won many championships (in the past) by her own right. Becky lost her Championship to Alexa Bliss due to a blue masked Superstar who turned out to be Mickie James. Their rivalry is simple, Mickie feels that Becky is trying to overwrite her legacy and Becky is upset that Mickie cost her the title. Mickie James to me is washed up so I am voting for Becky Lynch (who I am starting to like a lot more these days!)

Alexa Bliss Vs Naomi- This will be the title 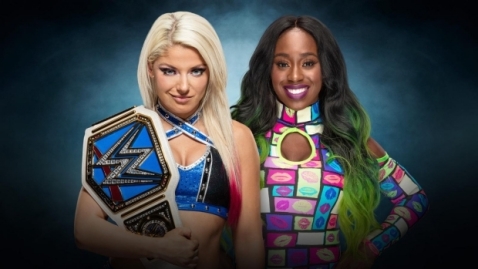 match for the Smackdown Live Women’s Championship match. Naomi has 2 pinfalls over Alexa Bliss and Alexa has done a great job at retaining the Women’s Title. This match I will be extremely interested in as I love both Superstars. I don’t think that Alexa Bliss has held the title long enough to lose it yet, however, I do give Naomi the edge. I’m really impressed with her re-invention of her character and I do believe that Alexa will if anything, “Feel The Glow!”

Luke Harper Vs Randy Orton- This match will be very interesting as well with Luke Harper (formerly in the Wyatt Family) versus The Viper Randy Orton (New Wyatt Family Member). An interesting story line with Luke Harper being somewhat jealous of Orton’s new role as Bray Wyatt’s quote on quote “Favorite.” I love Randy Orton and I have no love lost for Harper, yet I kind of want Harper to win. But let’s be honest, Bray will probably interrupt and distract Harper before the RKO OUT OF NOWHERE!!!!

This one’s going to Randy Orton in my opinion. 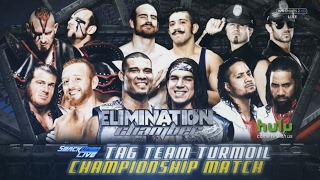 any tag team for the titles. 1 by 1 every tag team made their way to the ring where a battle royale broke out. Since there was no clear Number 1 Contender, we will see them all in a championship match that should be entertaining. I’m riding with the Champions American Alpha retaining their titles.

Triple Threat Apollo Cruz Vs Dolph Ziggler Vs Kalisto- This match is not really one that I’m looking forward to or care about really. I love all 3 Superstars on their own but not really interested in this story line. I will say it should still be entertaining as all 3 Superstars are very skilled in acrobatics! Let’s see them fly lol. 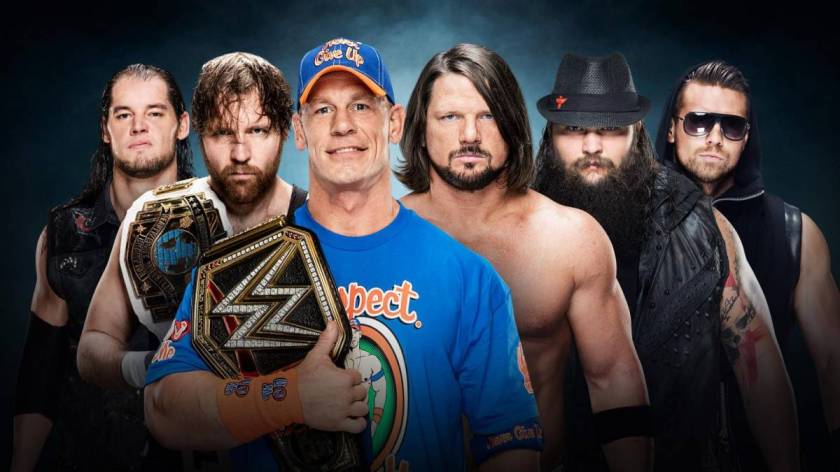 Dean Ambrose, Aj Styles, John Cena, Bray Wyatt, Baron Corbin and The Miz. New Champion John Cena will defend his title in a chamber match versus 5 other Superstars to see who will be going to Wrestlemania as Champion! This match is probably my most anticipated match. I love every Superstar in this match, however, I would want Cena to retain or Dean Ambrose to win (unlikely). I can’t really call this match so I will leave it with Cena, although a match at Wrestlemania with Bray versus Randy Orton would be awesome.

I am very happy with the lineup (as I favor Raw Pay Per Views more than Smackdown Live) and I’m excited about the majority of the matches. This is the Road to Wrestlemania and the pieces will start falling into place. What are your predictions? Who do you see taking the Title Matches? What’s your Wrestlemania Prediction! Time to talk WWE!

Have a great weekend!

I do not own these images