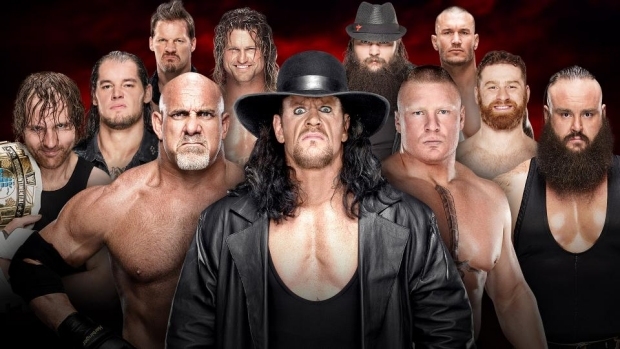 Good morning friends! If you’re a fan of WWE then you know that the 30th anniversary Royal Rumble was last night January 29th, 2017 in the Alamodome in Texas. If you didn’t catch it on the WWE Network or if you missed anything, here’s the recap of the event!

Pre Show- There was a special start time for the Royal Rumble preshow at 5pm Eastern. The Preshow hosted a panel of Renee, Booker T, Jerry (King) Lawler and special guest Heartbreak Kid Shawn Michaels. The panel went over their predictions and previews for the upcoming matches in the actual Rumble. There were also 3 matches that took place during the preshow.

The Event! If you missed NXT Takeover on Saturday night then you didn’t know that Seth Rollins interrupted the show and called out Triple H. This act of defiance was replayed throughout the event and ended with an explanation of Stephanie Mcmahon stating she will handle Rollins tonight on Monday Night Raw. She also banned the Superstar from the Alamodome and the Royal Rumble event. But would he show up anyway? Let’s take a look at the events.

Tonight Monday Night Raw should be interesting with the recap and more importantly (at least to me) the ramifications of Seth Rollins’ actions on NXT. All in all, even though I was very upset at the end of the rumble (because I wanted Balor or Joe and even fricking Rollins!) the event was as bad as it seems. A few differently placed entrants would’ve made all the difference. That wraps up this review and recap! Did you watch the Rumble? What were your favorite parts? Were you surprised by any of the outcomes or entrants? Let’s talk WWE!

As the dust settles, we pick up the pieces and head towards the Elimination Chamber (Smack Down Exclusive). Welcome to the Road to Wrestlemania!